LITTER ANNOUNCEMENT! - We are so very pleased to announce the arrival of 3 very special and beautiful babies.


gave us two boys; one black and tan and one orange sable, and one black and tan girl. We are very excited about these puppies and look forward to seeing them bloom and mature and eventually take their place in the show ring.

Many thanks to Alexandra Likhoded of Alexandroff Pomeranians for providing us with Bella’s mother and our foundation bitch, ‘Alexandroff Mila’. Mila is the most attentive and loving mother. She is a free-whelper who comes from a long line of free-whelping Bavanew girls. Bella is proving to be her ‘mother’s’ daughter. After free-whelping these lovely new puppies, she took to cleaning and feeding them like a pro.

Congratulations and much thanks to Nady Godbout of Mythical Pomeranians for breeding such a special dog, CAN/AM/INDIA/BIS/BISS/RBIS/BPIS/BPISS/AOM “Leroy”, Bella’s father. Leroy was the #2 POMERANIAN IN CANADA 2010 – 2011, #11 TOY IN CANADA 2010 and the #18 POMERANIAN IN USA 2010. Congratulations to Leroy’s owner, Prasanjit Chatterjee who continues to show Leroy in the worldwide show ring.

Finally, a very special thanks to Christine Hansen of Firesprite Pomeranians for sharing Ohso with us. Ohso is a wonderful producer. He is a beautiful boy with fantastic temperament. He sired the #1 Pomeranian in Canada in 2010 – CH Pomwinds Color Coded. At almost 6 years old, Ohso is a natural breeder with very full and correct double coat. We couldn’t be more pleased. Watch for photo’s in future posts.

All the dogs in China: pet ownership on the rise


Considered the birthplace of domestic dogs, it's not surprising that the citizens of China are adding four-legged furry members to their families in greater numbers than ever before.

With an aging population and more money to spend than ever before, China is seeing a boom in pet ownership. Some couples are opting for pets over parenthood while others are choosing to adopt pets to fill the empty nest after their children grow up and move out. The result is a 30 percent growth in Chinese pet ownership in the past 12 years and a billion-dollar increase in pet care spending, reports Bloomberg.
The spending increase, however, isn’t just because more middle-class Chinese residents are choosing to add furry members to their families, but that they’re also opting for more expensive pet care. From elaborate dye jobs, to shelling out for expensive life-saving surgery, pet owners in China are giving their animal companions a much higher quality of life.
Cradle of canine life
Perhaps it’s no surprise that the Chinese are rediscovering dog ownership, since studies indicate that the domesticated dog may in fact originate from Asia. According to Dr. Peter Savolainen of the KTH Royal Institute of Technology in Sweden, every domesticated dog in the world today may in fact originate from one small area south of China's Yangtze River.
Savolainen looked at DNA taken from male dogs from all over the world. While much of the dog’s genetic makeup is universal, only this small region represents the full range of canine DNA diversity. Because of this, Savolainen believes that southern China was where humans most likely first domesticated the wolf, leading eventually to the emergence of today’s domestic dog.
A wrinkle in time
But apart from possibly being the cradle of civilization of the dog world, China has brought us many beloved breeds of their own. Take the wrinkly ragamuffin Shar-pei, according to the American Kennel Club, it was bred in China as far back as the Han Dynasty – around 200 BC – to serve many purposes on the farm, from guard dog duty to catching vermin. The breed has a unique coat – rough and short – which is where it gets its name: shar-pei translates to “sand-skin.”
Then there’s the Chinese Crested, a breed that accompanied Chinese mariners as they sailed forth on their voyages and may have even been used to hunt vermin on board in an effort to stave off the plague. The noble Pekingese, also known in North America as Pekinese, was believed sacred in Ancient China, such that only royalty were allowed to own the breed – and death was the punishment for anyone who dared try to steal such an animal.
Dogs in China have come a long way from a time when they were basically banned by the Communist Party for being a bourgeois extravagance. For a pet lover, it’s great to know that the country that gave us the Shar-Pei, the Shih Tzu, the Pekingese and perhaps even the domestic dog itself is once again reaping the benefits of man’s best friend.
Posted by TinyBear Pomeranians at 21:35 No comments:


Dr. Paul Eckford of TinyBear Pomeranians has been appointed as Chair of Health and Genetics for the Pomeranian Club of Canada and to the Canadian Kennel Club’s Medical and Genetics’ Committee. http://www.pcoc.net/Health-Genetics-Committee.html   Paul is dedicated to working on behalf of the breeders and pet owners on Pomeranian health and genetic issues. Please contact Paul if you have any questions or concerns: paul@tinybearpoms.com

To read Paul’s article about Alopecia X, please follow the link on our website’s Education page or click here: http://www.tinybearpoms.com/Reprint-Alopecia%20X%20-%20Dr%20Eckford.pdf

Posted by TinyBear Pomeranians at 06:22 No comments:

TinyBear Pomeranians
Toronto, Ontario, Canada
We are show home dedicated to breeding pomeranians per the CKC standard. Some of our new additions will be shown in the ring while others will go to qualified pet homes. As much as we would like to, we just can't keep them all. 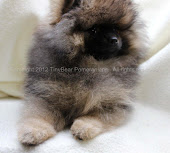 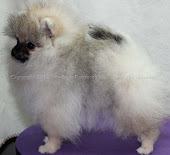 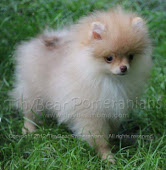 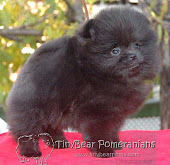